North Karelian museum’s InterActive History team has continued working on Utra district’s mobile guides. One of the upcoming mobile guides is called “Utra on hävityksen kaupunti” (“Utra is the town of destruction”), which will introduce the dark and mysterious side of Utra district’s history via old stories and news. Jussi Sinkkonen has created atmospheric illustration and videos for the mobile guide. The museum is looking forward to the publication of mobile guides and will inform about the schedule later. Then will be revealed for example, how a handbag is related to the stories of Utra disctrict’s history. 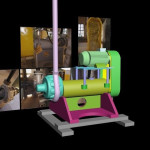 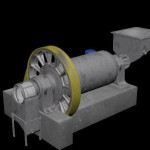 The InterActive History project is a joint effort of six museums in Russia and Finland to create and introduce new interactive museum services based on research and interpretation of local cultural heritage, interactive principles and historical reconstruction in order to develop local identity and unique culture of the Euregio Karelia region. The project is implemented through the Karelia cross-border cooperation program in the partnership with the Ministry of culture of the Republic of Karelia.

Karelia CBC Program is financed by the European Union, the Russian Federation and the Republic of Finland.